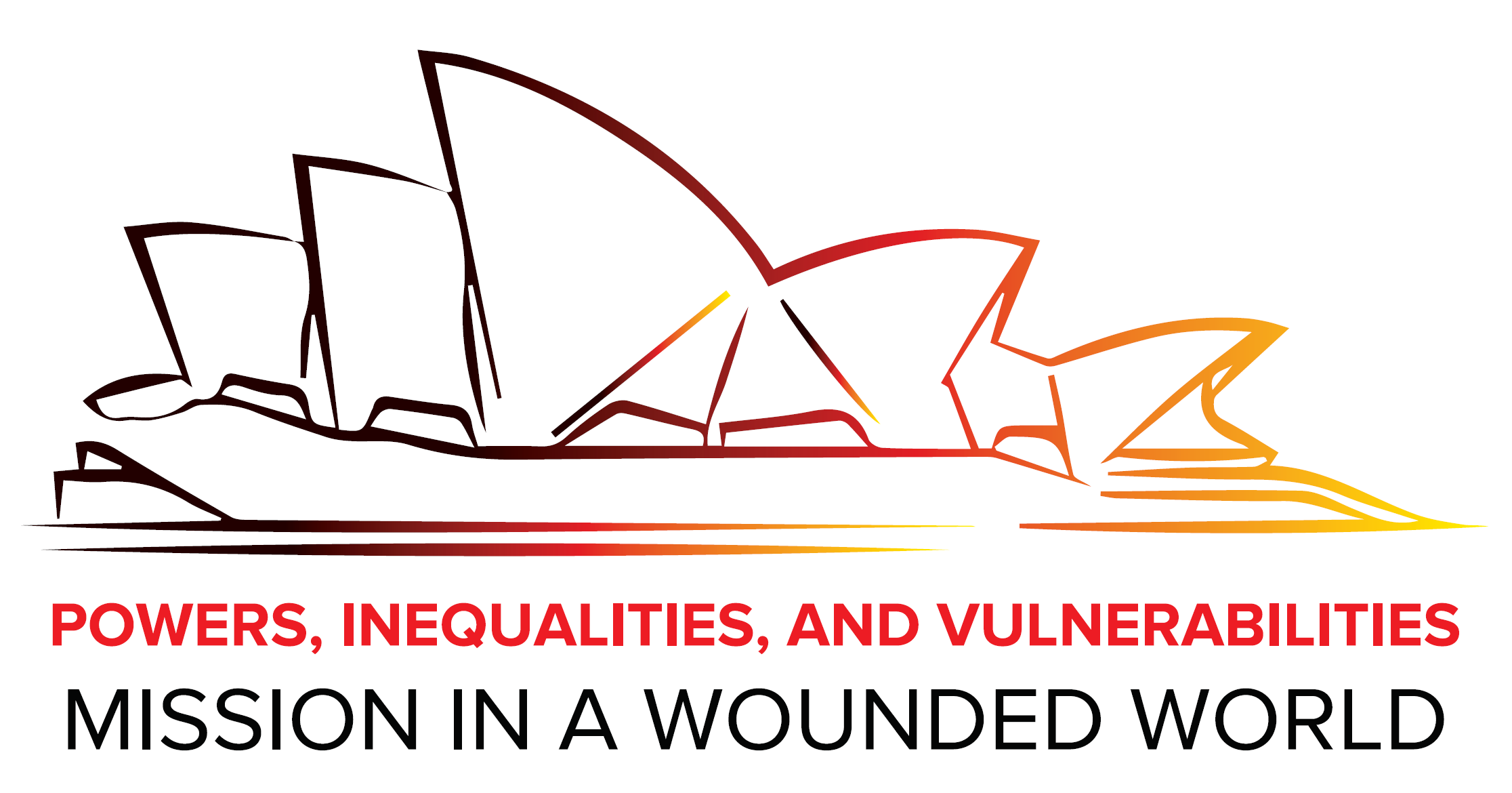 In determining the chosen theme, “Powers, Inequalities, and  vulnerabilities: Mission in a Wounded World,” the Executive Committee of IAMS is seeking to name and explore our perception that missionary activity is now and has always been undertaken in a world constituted by wounds in many forms. We want to consider this mission—past, present, and future—mindful of the wounds the world and its peoples face, wounds to which Christian mission has sought to respond and which it has at times helped create.

To that end, we would like our assembly to consider Christian mission as addressing powers, inequalities, and vulnerabilities from a variety of perspectives across the spectrum of mission studies.

Power is a constitutive aspect of Christian mission, an inescapable context in which it is pursued. Powers, understood collectively, name such realities as well as the ways that life-enhancing and life-diminishing structures can take a social and cumulative quality. Of course, those powers are understood differently depending on theological assumptions—that is, as spiritual or material, political or economic, human or nonhuman, individual or collective. Most Christians understand Christ as one who both wielded power and confronted power, though in surprising and counter-intuitive ways.

Inequality has always shaped Christian mission. In the first place, one meaning of mission has always been to bring the Gospel to those who do not know it—who thus are unequal compared to those who bear it. Aware of this longstanding notion, we also appreciate other inequalities that have shaped Christian mission—contexts of inequality in which mission has proceeded, that have shaped mission, been exploited by missionaries, and to which Christian mission responds. These include the inequalities based on gender and race shaping historical processes such as colonial and imperial domination, economic exploitation, corrosive corruption, lack of access to health care, education, or security, as well as numerous discriminations based on a variety of other social distinctions—for example, sexual orientation, ecological circumstances, culture, language, social class, geographic location, age, physical or other disability. Christians appreciate that Christ was born into a world shaped by inequalities and that he responded to them with compassion and, at times, prophetic denunciation.

Vulnerability is a human constant, shaping every human life. Yet vulnerability is also distributed differently across different human groups, part of ever-present inequalities and differences in power in human experience. Self-critical practitioners of Christian mission embrace their own vulnerabilities as they share the missio Dei. They also seek to mitigate the vulnerabilities that render so many human lives precarious. In addition, mission has exploited and increased vulnerabilities of people at times, often in situations of unequal distributions of power.

At the 15th Assembly of IAMS, we want to offer new perspectives on Christian mission as mission in the context of a wounded world. Pressing global and regional concerns reflect such wounds, including those linked to the forced dislocations of populations, discrimination toward migrants, increasing economic inequality, rising nationalisms, and climate change. New perspectives on such issues linked to mission and reflective of a world shaped by power, inequality, and vulnerability might draw from theological or from any other disciplinary perspectives, mindful of the broad nature of mission studies today.

Registration details will be circulated to IAMS members during 2021 with details to be inserted here.